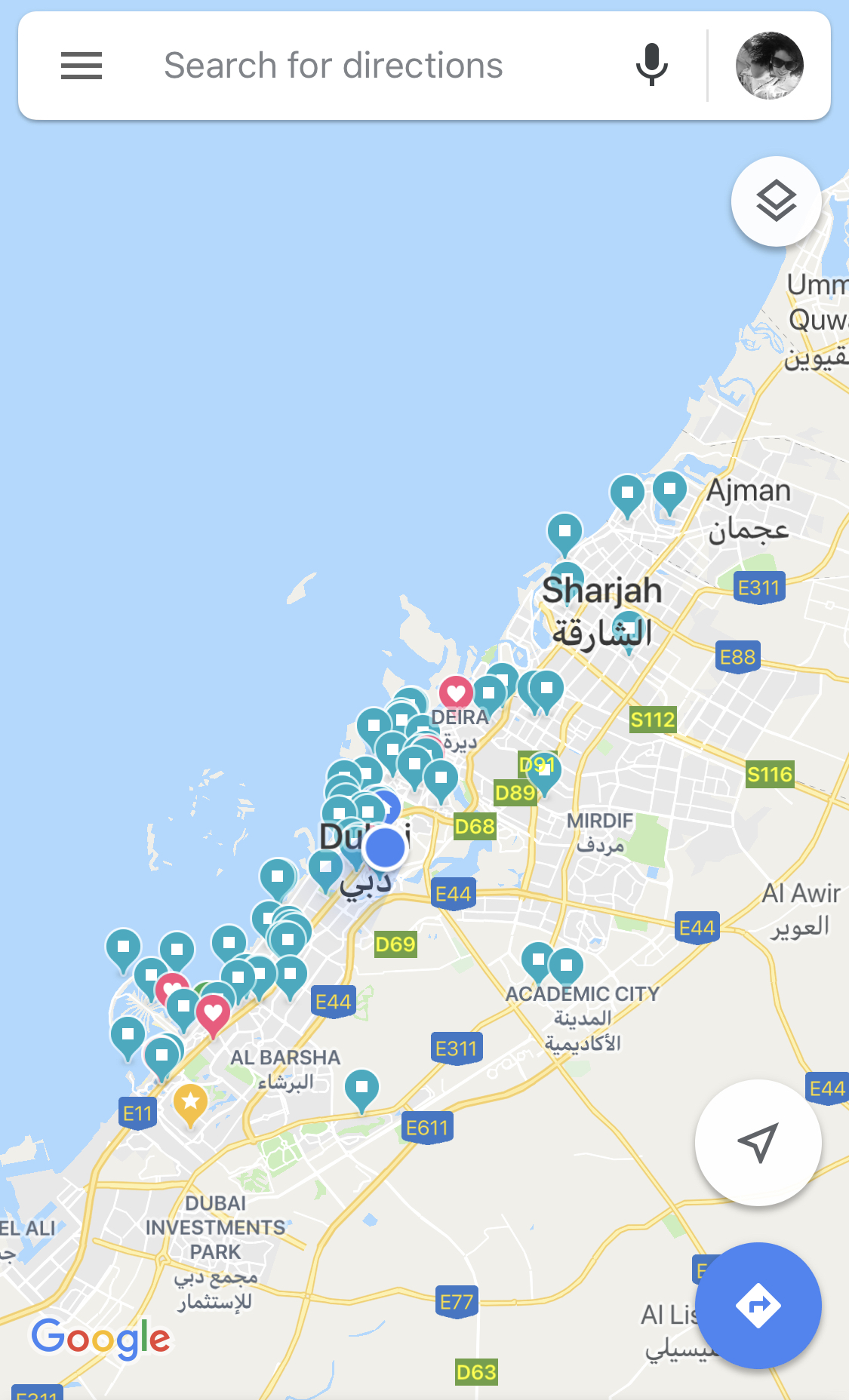 Last week, I was riding with a driver who knew his way around Dubai. For the first time, I see someone navigating uncommon places without the popular dependency of Google Maps. He actually taught me a new route in my neighborhood that I have been living in for 3 years.

That route wasn’t readily available nor was it the recommended route on Google. It wasn’t even one of the dimmed alternatives routes.

I thought. “Ah, today I learned a new route”, which by the way was shorter than the one I am accustomed to.

I thanked him for teaching me the new route.

Then, we went on to pick up my colleagues, and again, he was taking routes that they were not accustomed to. They would tell him, but Google Map says to go this way.

Which… makes me wonder how much we have been blind to Google Maps… and what it tells us. I know I remember the few places around my apartment, the few places that I usually go to. I know those very few places… but with those somehow engraved in my memory after taking the routes many many times, I heavily rely on Google Maps to go to places. If not for the directions, then for the time it will take me to reach there. I would say “According to Google Maps, I am arriving in 7 minutes,” and that’s usually the case.

This time it’s not about spending though, but yet it intrigued my curiosity. It’s a behavioral bias that drives this behavior called the Google effect or digital amnesia.

I have to tell you though, the driver, was a bit older. I guess he never let himself be accustomed to Google Maps in the first place… and that’s why he is such a routes guru.