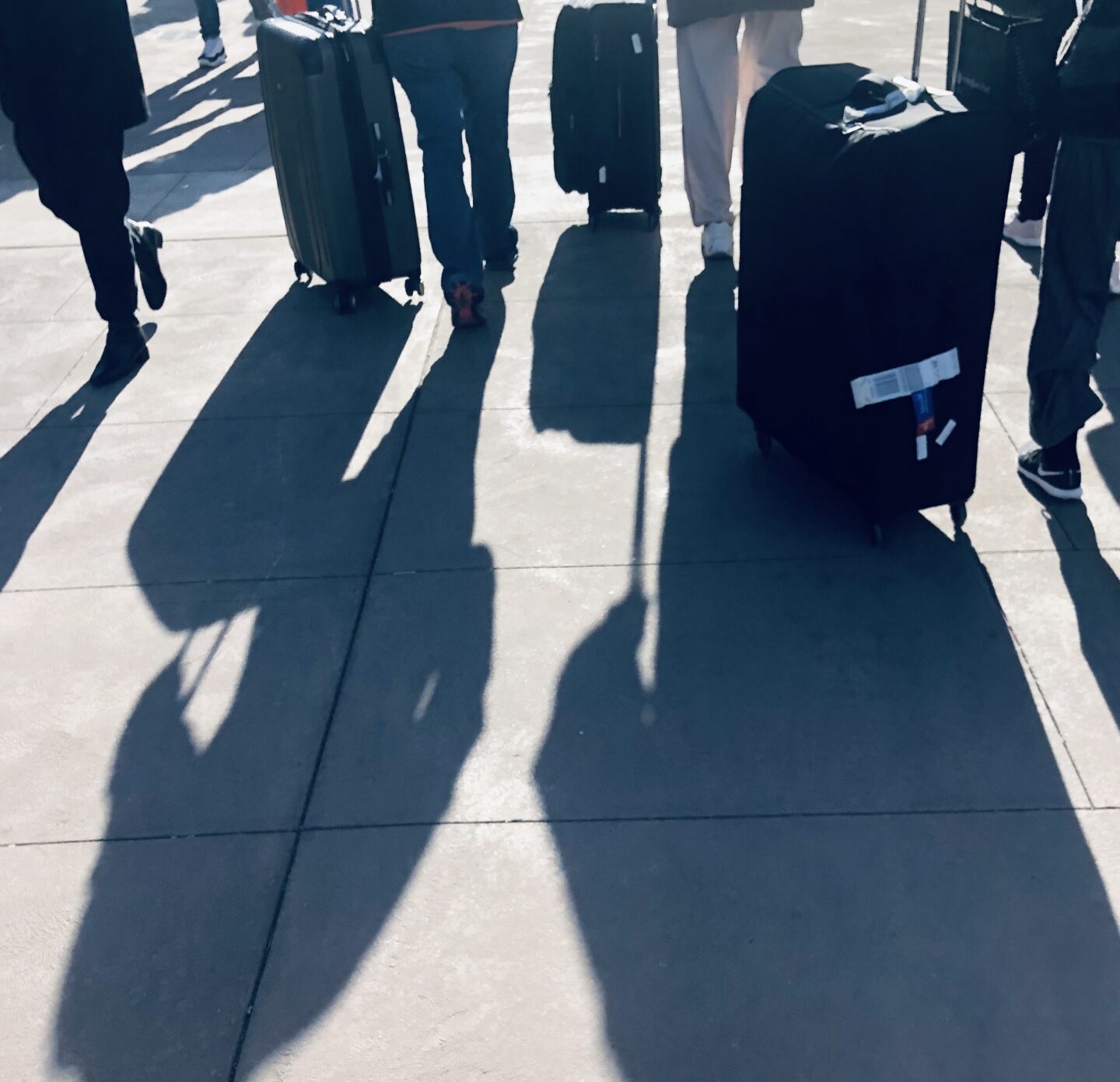 I got out of the bus and made sure to know where is the pickup location to head to when I want to go back to Port Authority.

Read: Was I going to catch the bus on time [Black Friday — Part 2]

The queue at the Information Center

I didn’t have to think twice and queued up. It was also warm inside and freezing cold outside so I didn’t mind the queue.

After I got my discount vouchers and the outlet map, I started wandering and thought I might as well check it out first, and then go into the stores.

To tell you the truth, I didn’t have the chance to get into my favorite stores, for the simple reason that people queued like crazy in front of those stores. Gucci, Burberry, Ralph Lauren, and Tommy Hilfiger were the craziest. Most of the stores had long queues.

The weather was cold, like 1 or 2 degrees Celsius. Let me remind you, I live in Dubai, which is smoking hot all year long. I couldn’t simply stand the cold and wasn’t willing to stand in the queues.

It’s like what I have seen in those videos on social media, or rather the movies. People were walking around with big suitcases to stack up the purchases.

“Is it really that good?” I wondered.

I entered a few stores and didn’t think there were amazing deals, not to mention things that I absolutely fell in love with.

My first love was a Prada sunglasses which was a good deal in the outlet, but I didn’t end up buying it because it had a crash.

Eventually, I ended up buying four sunglasses. Not one. I am not rich if that’s what you are thinking. Three out of the four sunglasses I bought cost only 5 dollars each, Tommy Hilfiger. The fourth was a Kate Spade, which was also a good deal but not as good as a 5 dollars deal. That would be the only “Black Friday” deal I had if you ask me.

I am in the US, right? So, I thought maybe I could get something more American than what I am used to. I actually stood in one of the queues, but it wasn’t crazy long. I am becoming one of those crazy ones, standing freezing my *** out to “shop”. I wanted to go to Calvin Klein.

They had pretty classy stuff, but to be honest, I didn’t feel like I was getting the deal of my life. I bought a few items, of which two I absolutely fell in love with, the dress and the jumpsuit. I didn’t feel it was the “Black Friday” deals because I know I could get hold of similar items with even cheaper prices back in Dubai, in the right sale at the right time.

I didn’t regret them because they fulfilled my criteria, I fell in love with them.

I have a confession though, I was very close to buying another two dresses, but I backed off last minute because I wasn’t completely in love with them.

Did I need the dress and the jumpsuit? Certainly, not.

Did I fell in love with them? Absolutely.

Oh, and by the way, I got the additional 5% discount on top of the Black Friday discount. The queue at the Information Center wasn’t a complete waste.

Moving on, I thought I did well. I thought I did well and I was on my way back to the bus stand. I just wanted to buy my day and night cream from the cosmetics store before I leave. I do buy them anyway and it makes sense to get them at a discounted price.

You see here, I am using logical reasoning to convince myself it’s a good idea to buy some more. 🙂