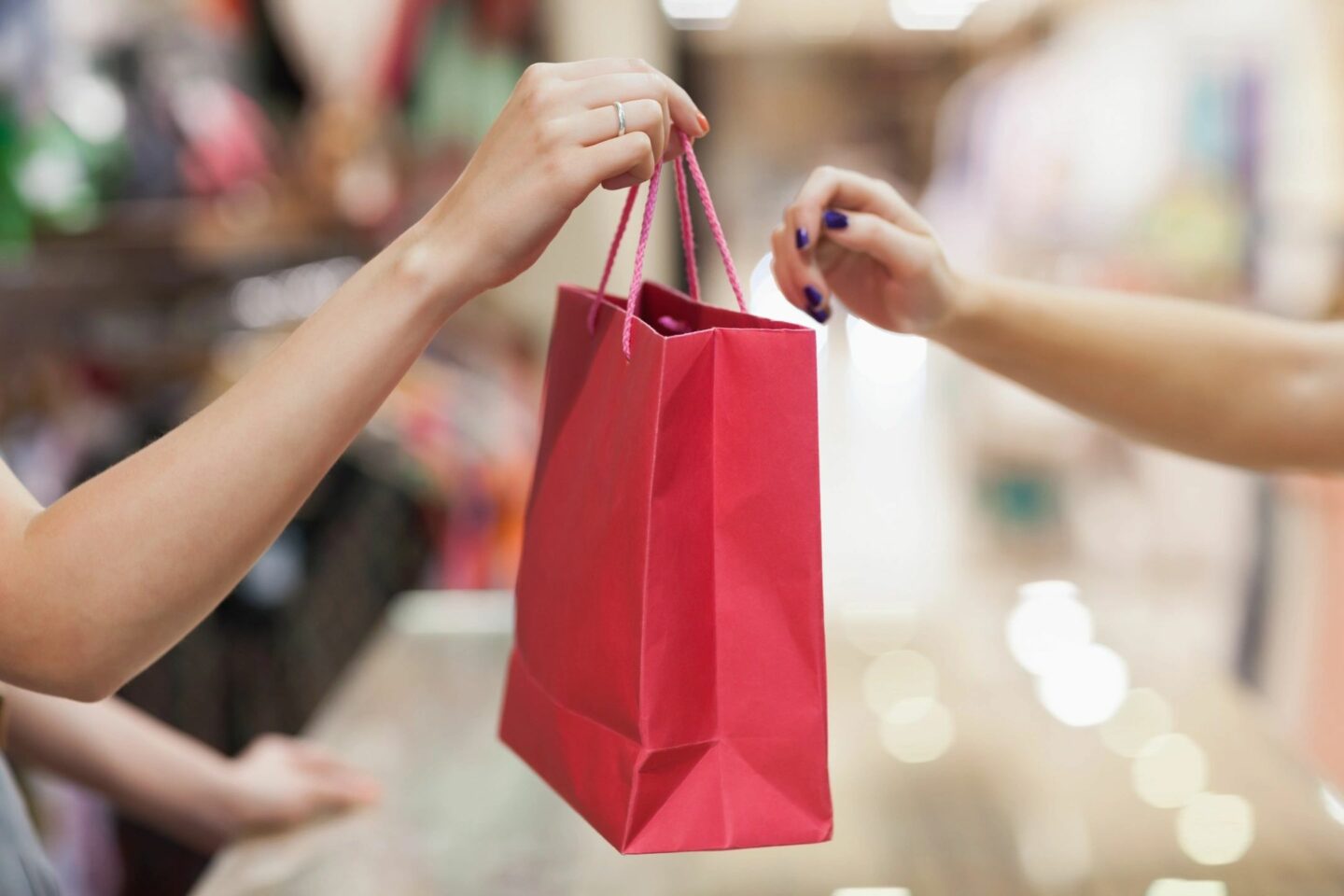 Some words trigger you — they excite you to the extent that you want to spend, right now, eagerly, whatever is in your pocket, or your credit card.

In his book, Brainfluence, Roger Dooley, mentions the magical power of some words on our brain. I could also say I recently discovered one word that works like magic. Read on to find out.

Say the word ‘New’ and you will get people interested to figure out what you are bringing to the table.

“Researcher Bianca Wittmann and her teams had subjects choose cards associated with small rewards while scanning their brains using fMRI. Over time, the subjects were shown cards with which they had become familiar as well as new ones. The researchers found that making novel choices lit up the brain’s ventral striatum, an evolutionarily primitive part of the brain and an area associated with rewarding behavior. Wittmann speculates that dopamine, a neurotransmitter that is part of the brain’s reward process, is released when a novel choice is made.” — Dooley, Roger

When you see the word “Save” in promotions, advertisments, slogans, etc. you are more inclined to spend more.

“A second study found that exposing consumers to a “savings” message caused them to spend more than when they saw a “luxury” message. The researchers found the fact that a savings message caused higher spending counterintuitive and perhaps worrisome. Of course, most retailers won’t be overly troubled by this incongruity. They push savings-oriented slogans not to rein in excess consumer spending, but rather to increase their own sales and gain market share.” — Dooley, Roger.

Read: The power of stating the obvious

Roger Dooley, in his book Brainfluence, mentioned different studies and experiments that showcase the power of the word ‘free’ on consumer behavior.

…To our hunter-gatherer brain, a free item represents the proverbial low-hanging fruit. That is, a resource that can be obtained with near-zero effort.

I guess it goes without saying — that the word ‘Free’ encourages people to come and pick-up whatever that is offered. But here is the thing, getting the same discount as in price doesn’t have the same impact. For example, if you saw that you will get 50% off on all items of a store, it wouldn’t have the same effect on you as to when you see the promotion of “Buy 1 get 1 free”.

The below experiment could shed some light on this perspective.

“In his book Predictably Irrational, Ariely describes a series of simple experiments that offered subjects something desirable — chocolate — at a variety of prices. Two types of chocolate were used: a Hershey’s Kiss and a Lindt chocolate truffle. Whereas the Kiss is an inexpensive and rather pedestrian treat, a Lindt truffle is a far tastier confection that costs an order of magnitude more than the Kiss. The first experiment offered subjects a truffle for 15 cents (about half its actual cost) or a Kiss for 1 cent. Nearly three out of four subjects chose the truffle, which seems logical enough based on the relative value of the offers.

The next experiment reduced the price of each product by one cent — the truffle was offered at 14 cents, and the Kiss was free. Although the price differential remained the same, the behavior of the subjects changed dramatically: more than two thirds of the subjects chose the free chocolate Kiss over the bargain-priced truffle.” —  Dooley, Roger. Brainfluence

My favorite example was Amazon’s case study when they introduced the “free” shipping with the purchase of a second book, which was originally mentioned in the Predictably Irrational by Dan Ariely. It’s my favorite because, well, I bet every one of us has bought at least one item from Amazon.

“When Amazon launched a free shipping promotion with the purchase of a second book, every country except France showed a big jump in sales from the offer. The Amazon marketers investigated, thinking perhaps the French were rational enough not to be swayed into buying a second book. In fact, they found that in France the program had been slightly altered. Instead of zero shipping, the offer in France charged a mere one franc — about 20 cents. From a pure economic standpoint, the two offers are almost indistinguishable. In actual performance, though, the one franc offer caused no sales increase. (When the French offer was changed to free, sales did indeed jump.)” — Dooley, Roger. Brainfluence

The mere difference in the shipping price was almost neglectable, yet powerfully impacted consumers spending choices.

This rings a bell and reminds me of the ‘Framing Effect’ cognitive bias.

The “Framing Effect”, explains how you see things as positive or negative relative to where you compare them to other things. For instance, your inclination to exert some effort to “save” money as in $10 varies when compared to what this $10 represent from the total purchase price.

It could be best described in this example:

“To see how the framing effect can shape your money decisions, suppose you go to a store to buy a couch that costs $1,000 and a lamp that costs $40. While you’re there, you learn that another store has the same lamp on sale for just $30. However, you have to drive 10 minutes to get there.

If you’re like most people, you’d say it’s worth the 10-minute drive to save $10 on the lamp. After all, that’s 25% of its cost. You’d hate to overpay for the lamp by that much.

But now suppose it’s the couch that’s on sale. By driving to the other store, you can get it for $990 instead of $1,000. To most people, it doesn’t seem worth making the trip for such a small savings. After all, it’s only 1% of the total cost.

The thing is, the amount you save is the same either way. The original price shouldn’t matter; the only question is whether it’s worth driving 10 minutes to save $10. But when that $10 is a big percentage of the price, it looks like a bigger savings than it really is. Your brain tricks you into thinking it’s worth the drive in one case and not in the other.” — Source: MoneyCrashers.com

4. Bonus — saving my favorite to the last

Use the word “Bonus” as an add-on to whatever you are selling and watch it works its magic.

A revised version of the word ‘Free’.

‘Bonus’ — that word works like magic on me. I don’t know why but the moment I hear the word bonus, I want to run and get ‘it’. I blame Ryan Levesque for it. I think he is a marketing genius. I learned it from him. #Confession

His Ask method, not only follows a structured approach to understand what your customers want but adapts an incredible amount of consumer behavior principles to smoothly understand your customers, interact with them and deliver value. One of them is giving “free” stuff away, but hey, he calls it “bonuses”, and man do they work.

The idea of bonuses though is a little different than “Free” stuff as bonuses come when you purchase one of his products in the first place. So not only are you intrigued by the benefits of what you are signing up for, but you are drawn by those bonuses — those free other perks that deem useful.

After realizing the magical effect of the word “Bonus” on me, I started noticing others using it as well, who, well offer, online products. For example, Vishen Lakhiani embedded the concept of bonuses when you sign-up for any of MindValley courses. Nir Eyal adopted the same concept for his new book indistractable. Pre-order the book and you will get a ‘Bonus Bundle’, including an online course and multiple tools to cut distraction.

To tell you the truth, I have no scientific experiment (yet) to back-up this ‘Bonus” bundle concept, but all I can say is that every bit of me want to rush and pay when I know I will get some ‘Bonuses’ as part of that purchase. Maybe it’s just me. Maybe other people feel the same, but I promise if I encountered a study for this ‘Bonus’ phenomena, I will surely share it right here.