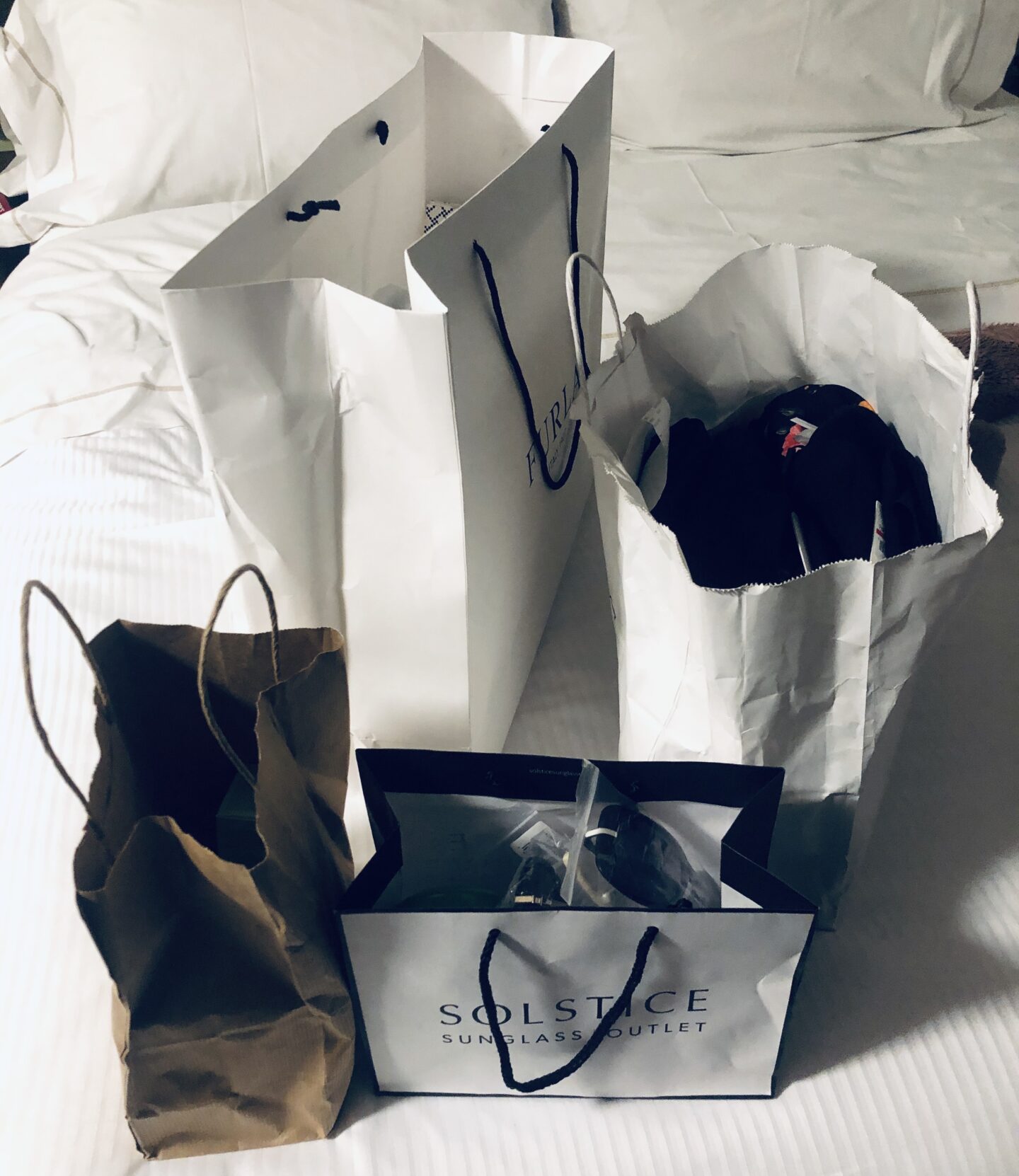 I don’t like designer stuff, or so I say.

Of course, I like designer stuff, but I’d rather spend my money in experiences, travel or courses. Yes, courses, you would be surprised how much I spent my money on that department.

Never stop learning, and the best investment is you.

Read: Are you telling me there is an additional discount to the Black Friday discount? [ Black Friday — Part 3]

But that doesn’t mean I didn’t want to go to Gucci “just to have a look”. The queue was crazy from the moment I arrived and all the way up until 8:00 p.m. when I decided to leave the outlet. I didn’t make it to Gucci, but I did make it to Furla.

And if one thing I love better than designer “stuff” is Italian leather. I was afraid to enter and when I did, I understood the “crazy” deals people were talking about. It was 70% off, and some items where 70% with an additional 20% on top of that. I mean, wow!

I ended up buying a leather bag.

It was a good deal, or so I told myself.

Did I need it? Certainly, not.

Did I fall in love with it? Absolutely.

In a way, I was happy I didn’t make it to Gucci, which by the way is my favorite designer brand, but at the same time, I wondered, “Did Gucci also have a 70% plus additional 20%?” That I would never know.

Before I leave Furla store, I made one impulsive decision and bought a key chain.

I mean I say, “ I don’t like designer stuff.” I don’t even believe myself right now.

I bought it and got out of the store. Five minutes later, I enter the store, I look for Lee who helped me choose my bag, and I told her, “I changed my mind. I don’t want the key chain and I want to return it.”

I was hit with the buyer’s remorse. I thought to myself, “What are you doing? Since when you have a key chain in the first place?”

They tell me, “All sales are final. You can’t refund it but you can replace it.” I ask nicely again but they insist. I have a look around the store and think anything I buy would be more expensive than the keychain and I would have to spend even more money.

I left, and couldn’t stop thinking about this keychain.

Hi! I am Sherwette... and I am passionate about consumer behavior. I share tips on consumer marketing, sales skills, product design, customer experience, and spending money.